A survey targeting escape room enthusiasts was open for completion in June, 2017. Lee-Fay Low compiled the raw results into the following summary of selected results. 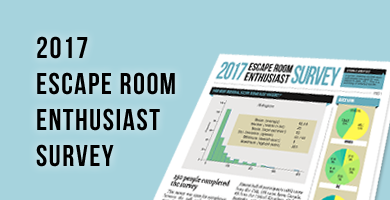 You can also view the raw results in a google spreadsheet.